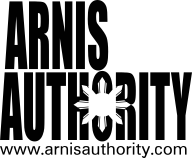 “Attack me,” the old man said before Dan could comment. The frustration started to show on Dan’s face.

Almost 40 years ago, Inside Kung Fu Magazine published an interview with Dan Inosanto explaining his training session with the Kali instructor. Inosanto was getting frustrated because the old man kept showing him different techniques rather than the one that Insantano wanted to learn. Each time the Kali instructor changed his stance, shifting his weight, and using a different hand flow.

After multiple tries, Inosanto finally understood the lesson. And he smiled.

The heart and soul of Kali are about fluid movements and adaptation. It is about using a chain of techniques that ebb and flow like the ocean waves. Kali practitioners must develop a foundational mindset that embraces the fact that change is the only constant. The famous martial artist Bruce Lee once said, “be like water”.

Therefore, it is inevitable that Kali would be born in the Philippines.

For one, the Philippines is surrounded by water and spread among 2,700 islands. Water is deeply rooted in the Philippines’ culture, ranging from Filipino cuisine to its geography. The ocean swallows islands during high tide, only to reveal it again during the low tides.

Each island produced different styles of Kali. The ocean literally shaped and defined the different techniques for Kali.  The Northern Philippines is anchored by the island of Luzon, which is the largest landmass in the archipelago. Here the art developed a style suited for open wide grasslands. Therefore the style naturally developed wide stances and movements accompanied by long-range attacks.  In the Southern Philippines, where the islands are smaller and covered in dense forests, Kali developed a combat style suited for close combat.

And at its core, Kali’s most common weapon is the Arnis, which is made from Rattan because it grows abundantly throughout the Philippines.

For almost 20 years, I have been distributing Arnis all over the world and this has allowed me to interact with many different people. When I ask them what style they train and who is their teacher, I get so many different answers. They proudly describe their technique and tell me about their Guru (Arnis teacher).

Further, Kali also reflects the history of the Philippines. The Philippines has had to adapt and evolve after being invaded and colonized by the Spanish, Dutch, Japanese, and the United States. Under this constant pattern of conquest the art of Kali was influenced by these invading cultures. Under Spanish rule, Kali was forbidden, so it took on a dance-like rhythm similar to Brazilian jiujitsu to help disguise its practice.

To this day, Kali is still evolving as it spreads across the globe.  A simple internet search will return web pages displaying myriad styles of Kali. In the US mainstream movie industry, you can see Kali’s influence in The Game of Death, Black Panther, Game of Thrones, the Bourne Identity series, and most recently, Disney’s newest animated film, Raya, which has a female protagonist trained in the use of an Arnis. In some law enforcement agencies, Kali is part of its training curriculum.

Through this blog, I will explore the history and culture of Kali, its contemporary place as world-class martial art, appearances in mainstream media, and the new developments in the art.

As a student, training partner, and movie co-star, Inosanto was encouraged by Bruce Lee to never stop training. To continue to evolve Kali. And be like water.

So please subscribe to the Arnis Authority blog and the social media accounts to receive a notification when new material is released.

Sources:
(1) The Flow of Kali” by Paul Maslak, Inside Kung Fu magazine January 1981

My son and I have been training in Kali for over 3 and-a-half years. It has been a wonderful way to discover and share our Filipino heritage. I am always looking for more information about this rich artform and combat style. I look forward to learning more from your blog.

Arnis Authority creates sports equipment to promote the sport of Arnis. It is headquartered in Northern California, USA with roots in the Philippines. We follow sustainable business practices to ensure a healthy planet for us to work and play. Also believe in equality for all. Never stop training.

Get Exclusive Deals and Promotions.

Enter your E-Mail below and Sign-Up to our Newsletter. 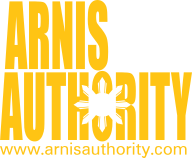